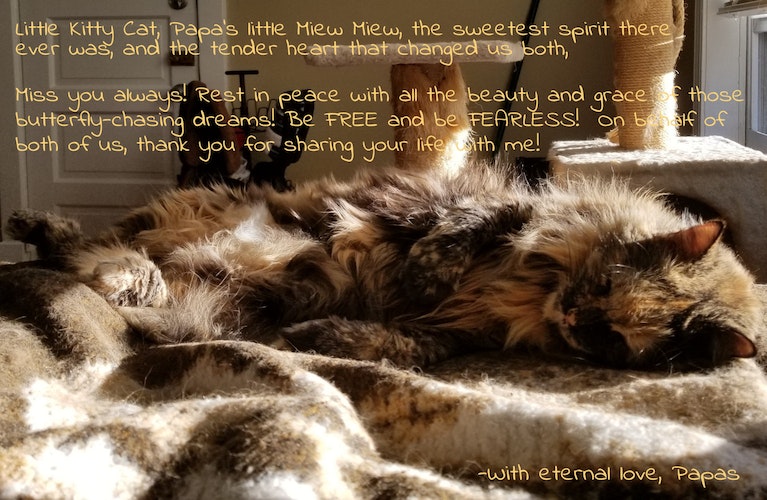 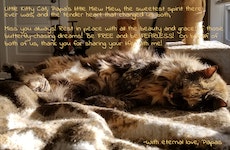 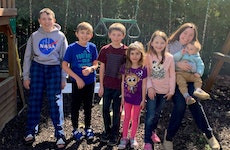 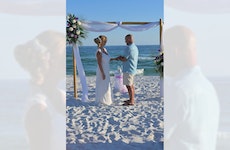 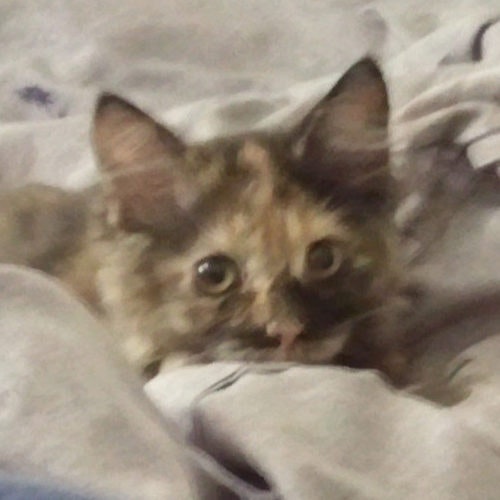 It was November, 2010. We were getting a companion for a current cat. The big head, big eyes, tiny body kitten, turned out to be terrified of people but a great friend to the aging cat. Unfortunately, time passed and the family split apart. It was just me and this Little Kitty. Still terrified of people, it was 3 years and then one day, at the computer, I felt a paw tap my thigh. I turned and the critter was gone. It happened slowly but eventually the critter wasn't running away anymore. We slowly changed each other. She had nightmares every time she slept for the next several years but she eventually would wake up and run for her Papas each time it happened. I made it a point to spend no less than 5 minutes at a time whenever giving her attention as I never wanted it to seem a passing thing. And whenever she called out I wanted her to feel her Papas would always be there. Many years later, even those nightmares faded away. We gave each other so much. Finally there was a new family to be a part of. She was still very nervous of new things so there were many stepping stones in the process. Her life long story of being the definition of a "scaredy cat" obfuscated a condition in her last year. Eventually everything presented in a final week. While there was much in that final week which ... well we can refrain from speaking about ... there was so many things I could give her at the end that I always wanted to and much more time to say goodbye directly to her. In the end, in my arms she slept away. I am so grateful for everything about me that is a result of her and so grateful that I know she got a life from me that I don't think she could have gotten elsewhere. I created the puzzle to memorialize the joys and love of our life together. I don't mind if Piczzle shares the image of our life's interconnected puzzle with this story. This isn't the first time that I've used Piczzle, so I knew the quality and care they put into keeping our memories together. I will continue with them to help me keep those things precious to me in whatever tangible way I can.