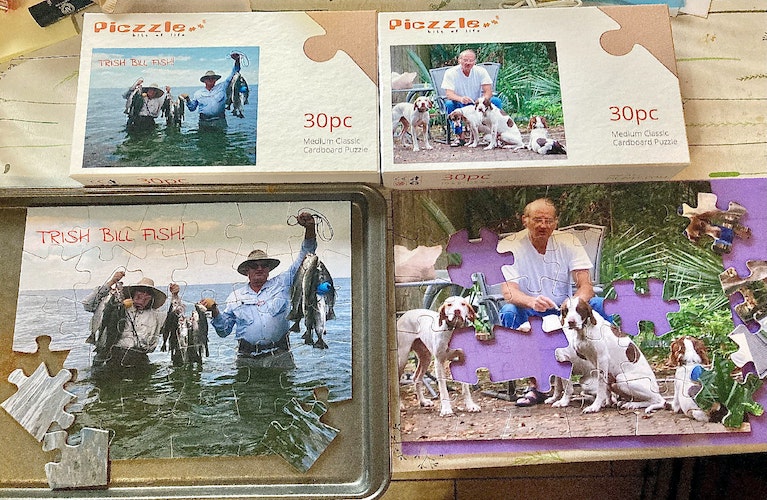 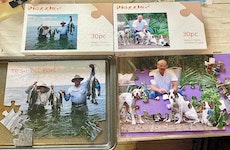 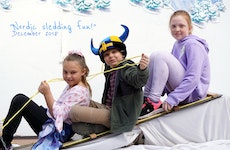 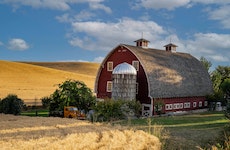 Had puzzles made out of his favorite outdoor pictures

My husband, 80, was infected with West Nile Virus (by a mosquito who had bitten a bird -- probably a bluejay -- carrying it -- only way transmitted to humans), resulting in paresis (not paralysis) of the legs and lower body parts. Among other possible effects, West Nile blocks impulses from the brain to the rest of the body, most often the legs. Become totally useless although not originally injured. Complicated disease about which experts know very little, even though CDC lists as the #1 infectious disease transmitted by an insect. Working puzzles is one (of many) ways used to help restore brain function & transmission. My husband, an avid bird dog hunter, wade fisherman, etc., wasn't crazy about puzzles so I took some of his favorite outdoor pictures such as this one with his cousin Trish in East Galveston Bay and had puzzles made out of them. He especially enjoys this one. Is it helping? Only time will tell.